Taking a day trip to Statue of Liberty is one of the best ways to visit this iconic monument. To get to the Statue of Liberty you must book a ticket. There are several tour options available that will grant you access to Liberty Island and Ellis Island as well, and all of the tickets include the round trip ferry ride. You can choose to go either from New York or New Jersey to explore both of the islands.

To make the best of your day tour to visit the Statue of Liberty we recommend that you plan in advance and pick the early hours available, the first ferry departure is 8:30 AM. The first stop is always Liberty Island, and here you will have free access to the Statue of Liberty Museum that opened on May 2019 and has been a great addition since the Statue herself. It allows visitors to enjoy the Statue of Liberty experience, learn about her story and explore a virtual visit for those that only purchased the standard ticket. And you also get to see up close the original torch and flame and a full-scale face model of the Statue. It is a must see on your list of things to do when visiting New York. 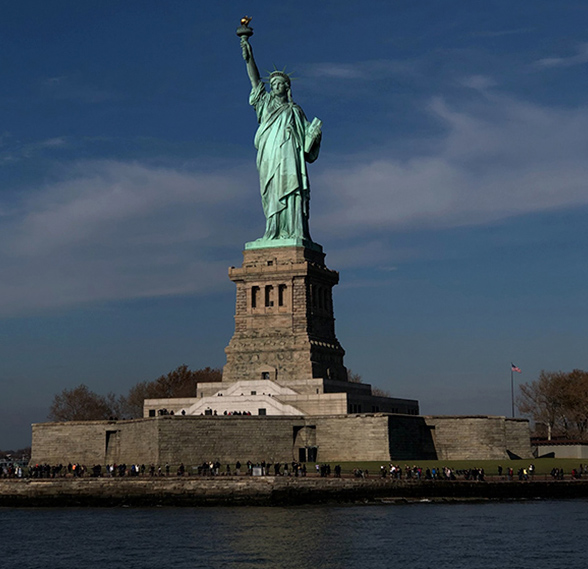 Aside from the iconic Statue of Liberty monument placed on the island, you can also find the new Statue of Liberty Museum that opened in May 2019. It is able to accomodate all of the island’s visitors, as opposed to the former museum that could fit in about 20% of the daily tourists. There are several treasures you can find here like the original torch that was replaced in the 1980s; an unoxidized – meaning not green – copper replica of the face of Lady Liberty; recordings of immigrants describing the sight of the 305-foot monument.
The museum also has several galleries, with the Immersive

Theater among them that will take you on a multimedia experience of the story of the Statue and the ideals she stands for, and you will also be awed with a virtual fly-through up the Statue that recreates the interior views and sounds without having to actually go up.

Inside the statue of liberty

The stone pedestal of the Statue of Liberty was designed by the famous architect Richard Morris Hunt, who intentionally designed it to complement the Statue and not to over-shadow or overwhelm it. The pedestal was built and funded by the American people. It is about half the height of the whole monument, and offers panoramic views from all sides of New York Harbor.

To go inside the Statue of Liberty you need to book a ticket, hey are limited and we highly recommend to purchase them in advance to visit the Pedestal. Remember that all ferry tickets include a round trip ferry ride, but if you want to up the pedestal of Lady Liberty you have to plan in advance and purchase when there is availability.

The viewing platform on the pedestal is actually quite large and comfortable, that will give a spectacular view of the New York City and New Jersey skyline. When you choose this option you will get access to the open-air viewing platform with a lot of space to move. A great advantage over those who choose visiting the crown! 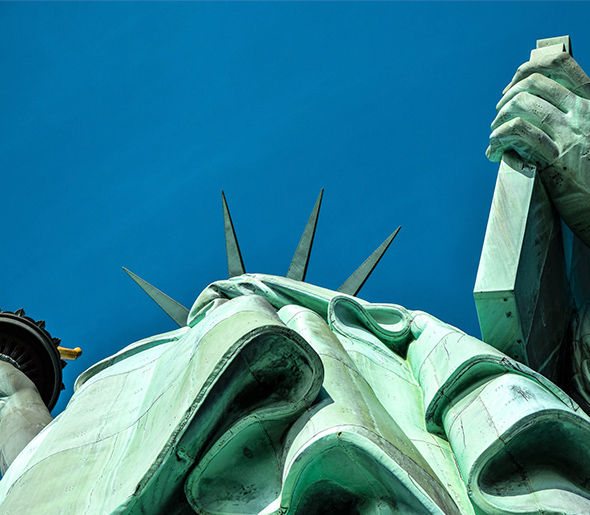 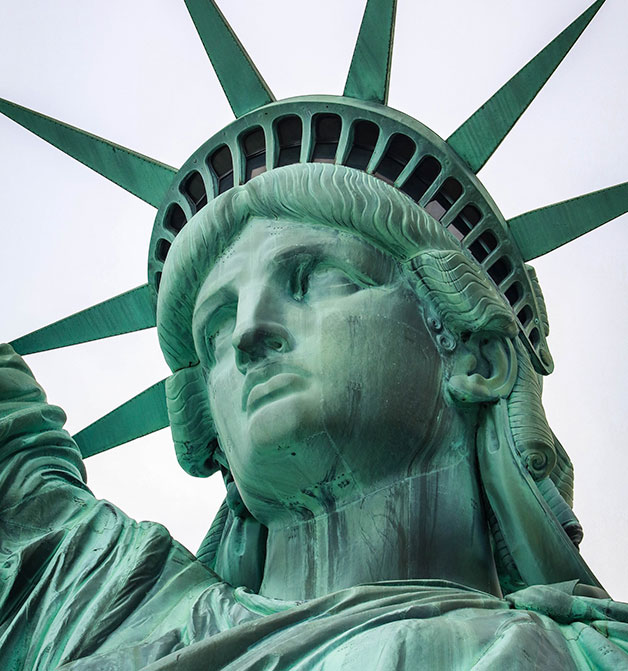 If you want to visit the top of the Statue of Liberty, as in the crown, you are going to have to plan and book in advance because tickets are limited to about 500 per day, so tickets tend to sell out fairly quickly. We recommend that you purchase with at least one month in advance to go up to the Statue of Liberty crown, and for peak seasons you will want to consider purchasing them with more time.

When you book this ticket you get access to the top of the Statue of Liberty and get a fantastic – although limited – view of New York City. The climb up is tough and not without risk. The National Park Service recommend that visitors that will go up to the crown have no significant physical or mental conditions that may impair their ability to finish the climb like heart conditions, respiratory conditions, mobility impairment, fear of confined spaces and fear of heights, vertigo. Also, if you are planning to visit with children they must be at least 1,2 meters tall o 4 feet high, and it is responsibility of the parent or guardian that they meet this requirement.

There are a total of 377 steps that go from the main lobby to the crown platform. There is an elevator inside the Pedestal that will take you up about half the journey, and you will have to go up 162 steps from the top of the Pedestal to the crown. It is a limited space but will give you a breathtaking view of the city through small sized windows (for your protection.)

Originally the public was able to go up the torch, but the access to the Statue of Liberty torch has been closed to the public since the “Black Tom” explosion that happened on July 30, 1916, and is considered one of the biggest acts of sabotage to the United States before the attack on Pearl Harbor on December 7, 1941. Only the National Park Service staff has access to the torch and they have to climb a narrow 40 ft ladder to be able to maintain the floodlights that light up the torch at night.

In 1986 the original torch was removed and replaced with a replica in the hand of Lady Liberty, whose flame is covered by 24-karat gold. The original torch had been moved for exhibition inside the Statue’s pedestal, and now has been put on permanent display in the new Statue of Liberty Museum available for all visitors on the island to see. 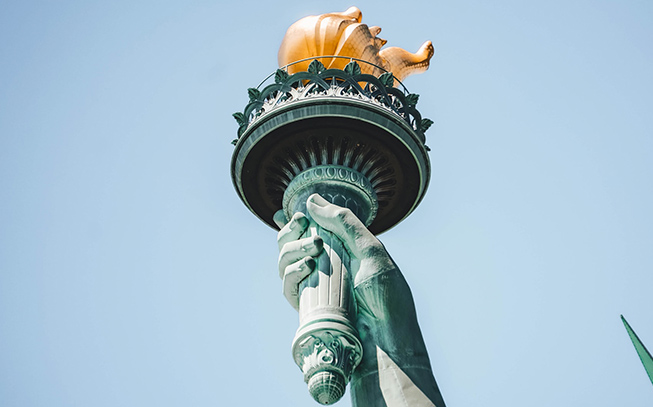 Statue of liberty: US history

The Statue of Liberty is located on Liberty Island that is 12-acres wide in New York Harbor. The official name is Liberty Enlightening the Word. This iconic national monument was a gift from the French people to the United States to commemorate the centennial of the American Declaration of Independence, and in representation of liberation of tyranny and slavery at the end of the 19th century.